Google Home launches in the UK this April, and will be in direct competition with the Amazon Echo device. 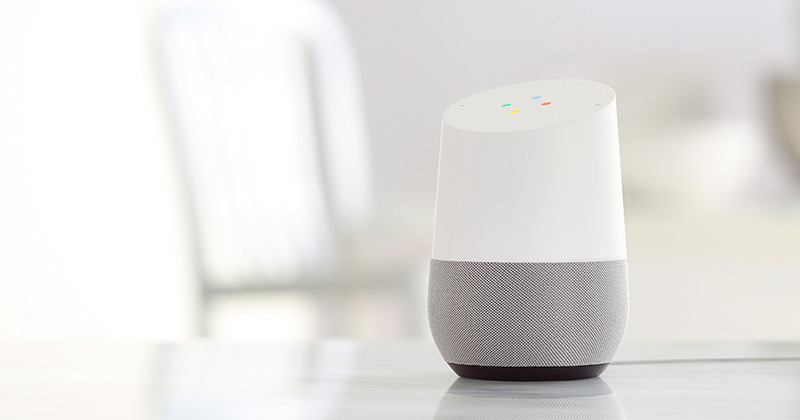 Much of the underlying technology is similar to the Amazon Echo with AI, natural language processing and voice recognition powering both devices. Google are promoting it as a portal to their search and online services, with access tied into your Google account.

However, Google Home is said to offer greater flexibly in terms of voice commands, accept looser commands and respond to questions contextually. Amazon Alexa uses utterances to invoke its Skills, and these have to be phrased in a precise way, eg Open Spotify playlists.

What can it do?

How much will it cost?

The initial pricing is a reasonable £129 for early adopters. Although this may be rapidly reduced as the entry level Amazon Echo Dot device currently retails for around £50 making it more appealing to price conscious consumers.

What challenges does Google Home face?

Who will win the battle of the living room?

This is too early to call, and it’s likely that both devices will coexist in an emerging sector. Amazon have the advantage of  being earlier to market with strong initial sales (around 11 million devices worldwide), excellent brand recognition and a healthy developer community with around 10,000 Alexa Skills available.

Google may have some catching up to do, not least in terms of consumer confidence dented by recent reports about extremist content on YouTube. Having said this it would be foolish to write off such a potentially interesting addition to the market, with customers seeing clear benefits of this competition.