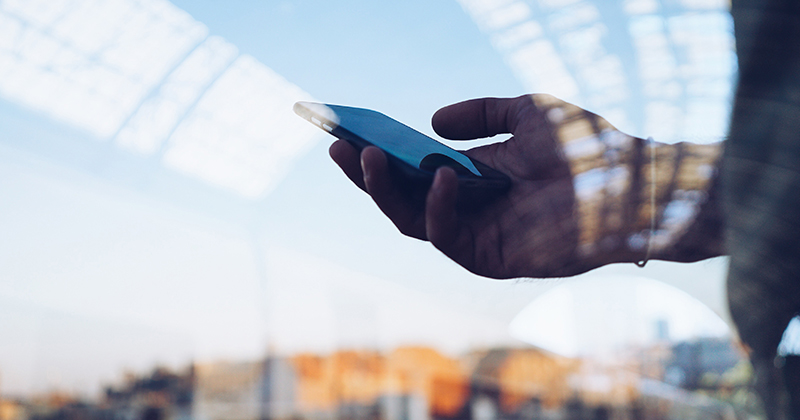 Today sees the tenth anniversary of the first iPhone being released. Let’s look at ten ways it’s impacted our lives.

Delivering a mobile operating system offering iterative updates and continual improvements was a radical step for the IT industry, and a move away from boxed products. The impact of this continues to be felt as Mac release digital versions of Mac OS software, and companies including Adobe no longer offering boxed software.

A game changer in both the way software was developed and distributed. By offering developers the opportunity to build apps for the iPhone with Apple taking a share of revenue a whole industry was created.

A major selling point of the iPhone is the intuitive and extremely simple user interface powered with a responsive multi-touch display.

Steve Jobs driven by the need to provide a simple and powerful device once stated:

Although by no means the first to market, the iPhone eschewed the complexity of previous smartphones and delivered a device that could be used by anyone.

The impact on social media of the iPhone shouldn’t be underestimated with apps including Instagram debuting on iOS first, with Facebook, Twitter, LinkedIn and Snapchat all owing at least some of their reach and influence to the iPhone.

From the massive success of hit titles created by studios, through to indie games created in a back bedroom the App Store has had a disruptive effect on the games industry. Games can now be created on simple home hardware and reach a global audience, removing the need for expensive hardware and development tools.

Instagram now has over 750 million active users and was first launched on the iPhone, with the iPhone high quality video camera and simple editing tools effectively making us all film directors. We are now sharing 72 hours of video on YouTube every minute, and can now stream live using Periscope and Facebook Live directly from our phones. This has put creative tools that previously would have only been available to professionals into the hands of everyone.

As well as disrupting the music, gaming and film industries, Apple Pay simplified making payments with your iPhone and is set to reach 86 million users globally by the end of 2017.

Although the pricing of Apple devices is frequently debated, under the watchful eye of Jonathan Ive the devices have always been built from high quality materials and assembled with extreme care. During the iPhone 4 launch Steve Jobs compared the iPhone metal construction to that of a classic Leica camera, and this seems like an appropriate analogy.

By making iOS backwards compatible and focusing on a limited number of models, the iPhone hasn’t suffered from the fragmentation that affects Android and Windows Phone devices. This makes purchasing decisions easier for consumers, and life simpler for developers who can test across a smaller range of devices.

The introduction of fingerprint-based touch ID helped deliver a secure and robust marketplace, where individuals could make purchases quickly and easily. Although Apple are frequently criticised for the restrictive nature of iOS by some developers and users, it hasn’t suffered from the piracy and malware of other platforms.

The next ten years

So what will the next decade bring? Apple faces greater challenges from competitors, slowing overall sales and must continue to innovate to stay relevant. However it is clear that the iPhone is here to stay, and the next version will very likely include some interesting new features (Augmented Reality, OLED screen and wireless charging).