Google have just launched a more compact version of the Home smart speaker in the form of the Google Home Mini.

Designed to directly compete with the Amazon Echo Dot, Google are using this as a Trojan horse to bring voice interfaces and AI into the living room, kitchen and pretty everywhere else. 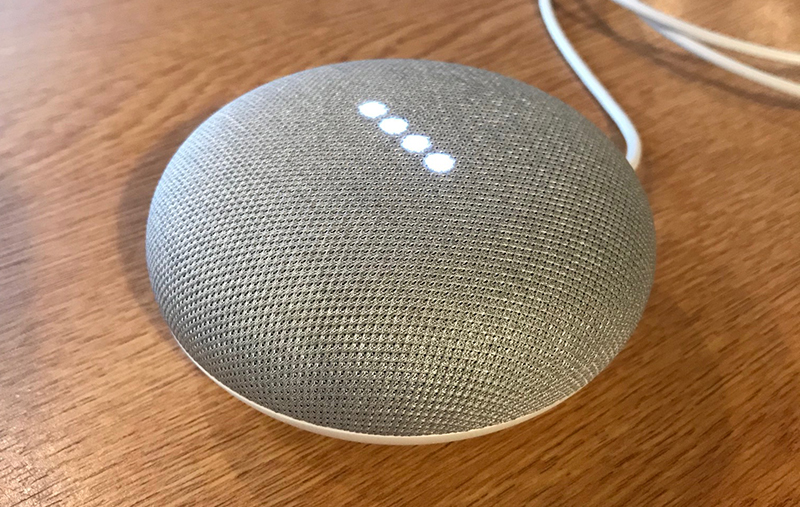 Although Google have traditionally never been known for sleek design, the form factor and build quality of the device are very good.

It resembles a doughnut and is slightly wider than the hockey puck design of the Echo Dot. The fabric cover brings to mind hi-fi speakers, and wouldn’t look out of place in a minimal Scandi home interior.

installed, and a wi-fi connection. The device will auto detect, and then do some basic tests of your voice saying “OK Google” to authenticate each user.

Once the device is up and running there are no physical buttons unlike the Amazon Echo. A set of LEDs appear when a response is made, or when the microphone is live. Anyone paranoid that the NSA are monitoring their every conversation can switch off the microphone with a side switch. A reset button resides on a rubber base underneath the device.

Gently tapping either side of the device adjusts the volume in a fairly elegant way.

Although hardly one for audiophiles the sound quality is strong, with speech sounding clear and bright. It doesn’t suffer from the sibilance that is sometimes present on the Echo Dot, and voice modulation is natural and realistic.

At full volume the device can easily fill a medium sized room with sound.

When using in a noisy kitchen the microphone occasionally misses commands, but this is rare and not usually an issue.

Amazon have a clear early entry to market advantage here with over 15,000 Alexa Skills available, and an active developer community. Google lack the support of Amazon Web Services, and large installed user base (over 12 million devices worldwide).

Perhaps due to the lack of Google Actions currently available it also is still relatively easy to find Actions you are interested in. 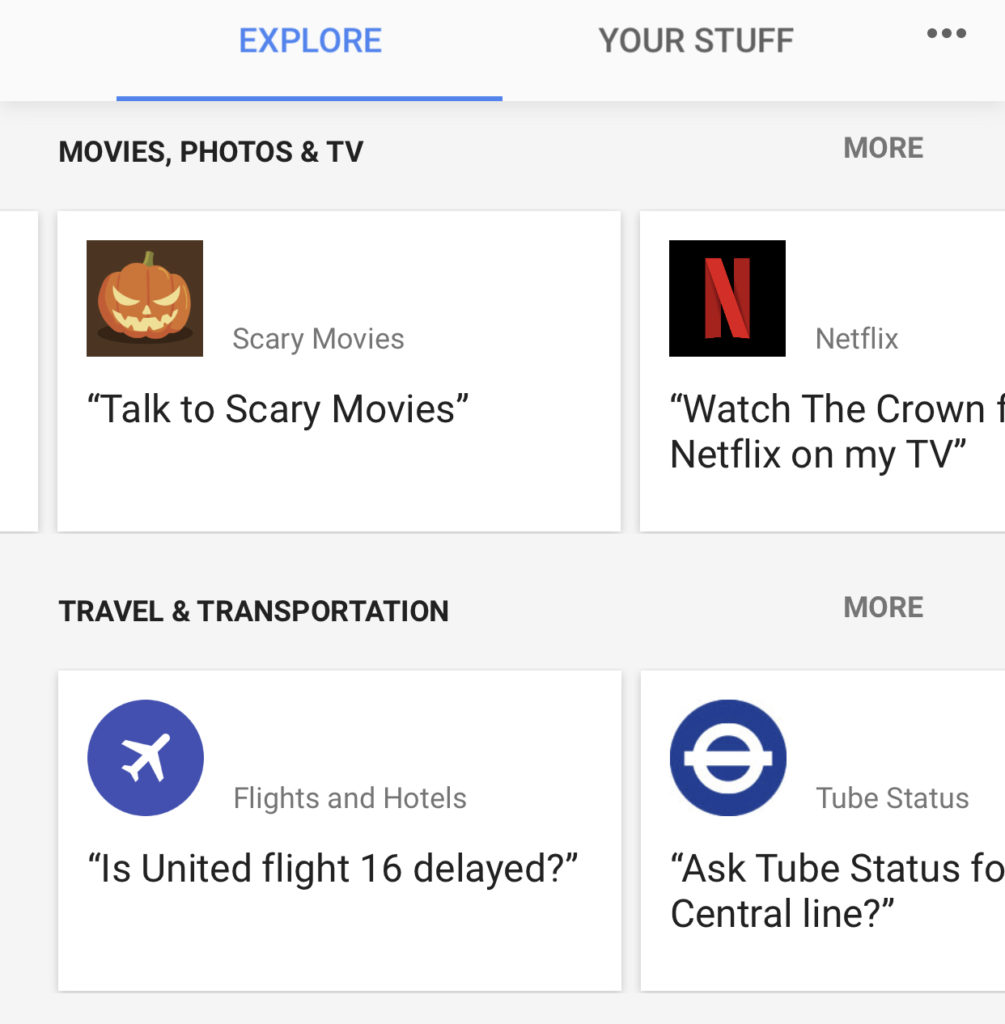 The Google Home Mini is a great, fun to use and flexible device. It is similar in many ways to the Echo Dot, but does include some well implemented features and is an attractive gadget.

If you are struggling to find the perfect movie this Halloween and have a Google Home device or the Google Assistant app try the Scary Movies Action published by Dotkumo.